As you head towards Penzance there are a number of opportunities to change trains and go off on branch lines that will take you to either the north or south coast. The most well-know of these are the lines to Barnstaple (which I travelled up to Umberleigh yesterday) and the line from St Erth to St Ives. Less well-known is the branch line that you can change onto at Turo, so this is something I decided to do today.

The line that heads off at Turo is known as the ‘Falmouth Branch Line’: 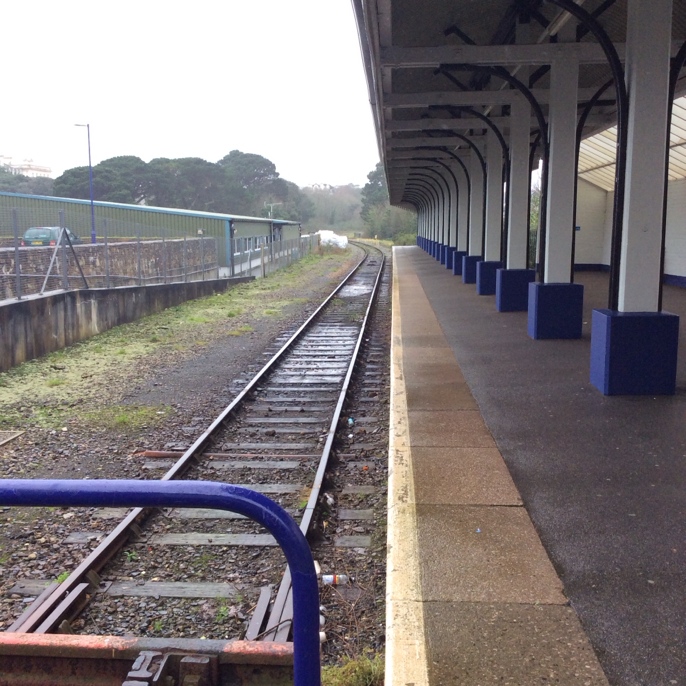 You shouldn’t be put offby appearances though. There is actually quite a bit to do in Falmouth Docks, and a lot of it outside what you can group under he banner of ‘classic Cornish holiday activities’. If you’re not a particularly adventurous traveller then the key attractions of Falmouth Docks are summarised in an impressive modern mosaic in the station building. You could spend your time in Falmouth Docks looking at this:

If you prefer going on a bit of a walk though then it’s worth heading out of the station and up the nearby (steep) hill. The first thing you will see its the docks, which are actually quite impressive if you’re a fan of heavy industry:

As you head further up the hill, above the docks, you have the chance to see some pretty large dry-docks in which commercial ships are overhauled: 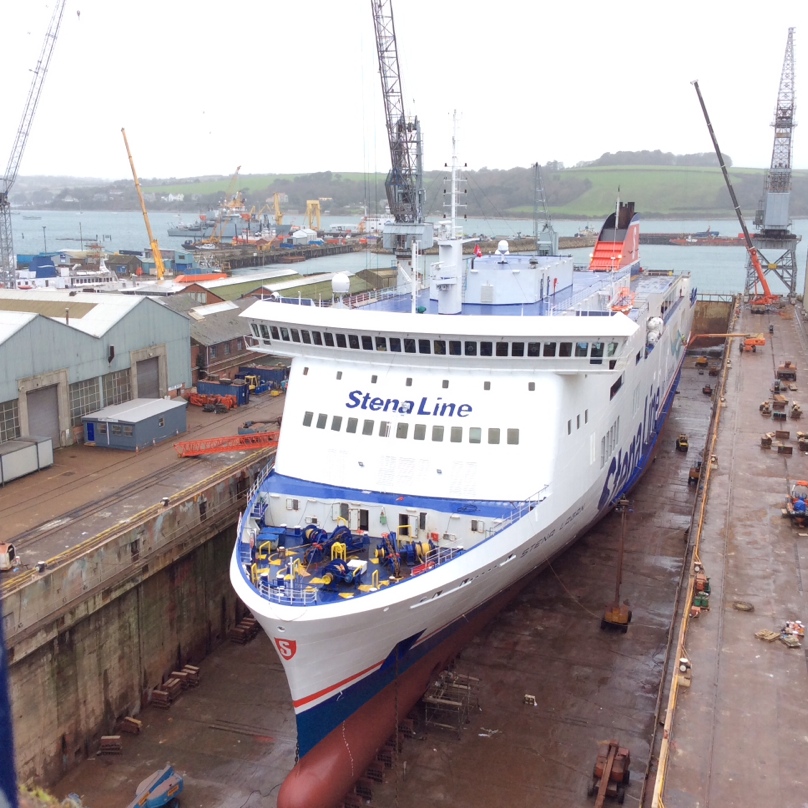 Continuing up the same road and you will start to get some quite nice views of Falmouth itself (even better when it’s not misty!): 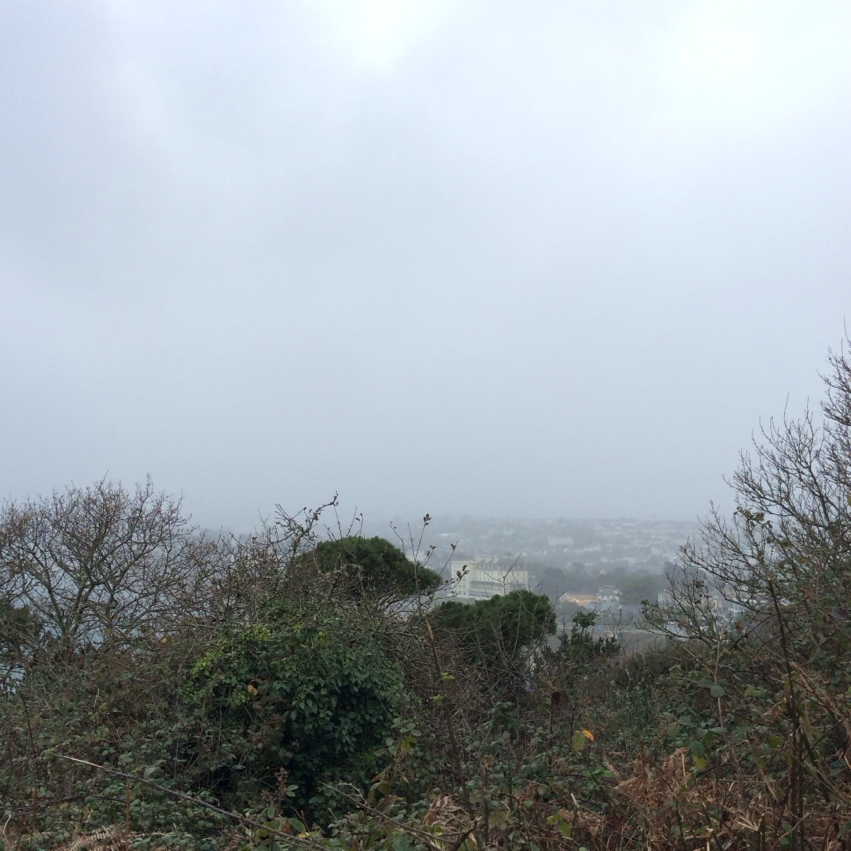 Keep heading up the hill and you will get to (wait for it)… a castle. Yes, a castle! This is the entrance: 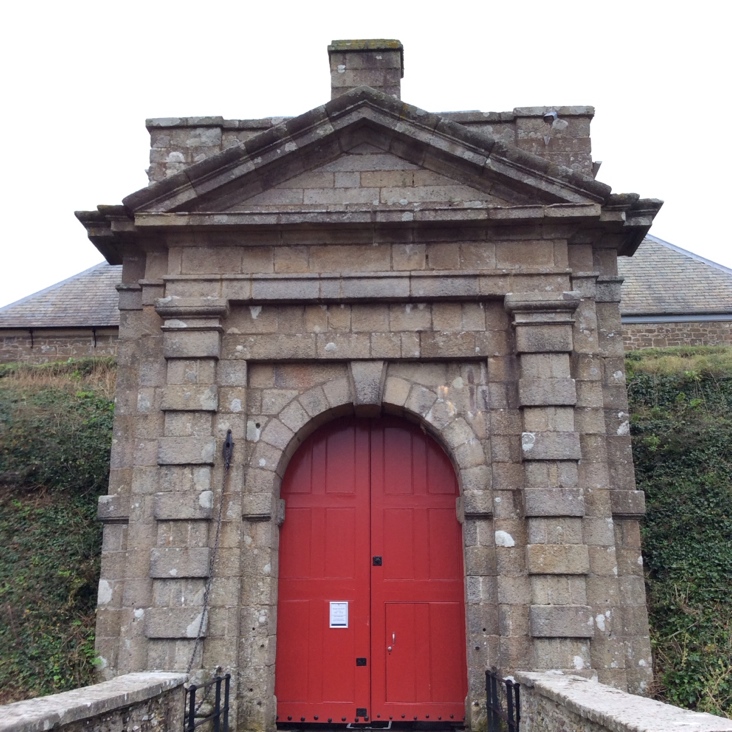 The name of the castle is ‘Pendennis Castle’. And it scores quite highly on the international criteria of ‘what makes a good castle’. It has turrets:

And quite impressive earth fortifications:

If you keep walking, up beyond the castle, you come across a twentieth century equivalent: 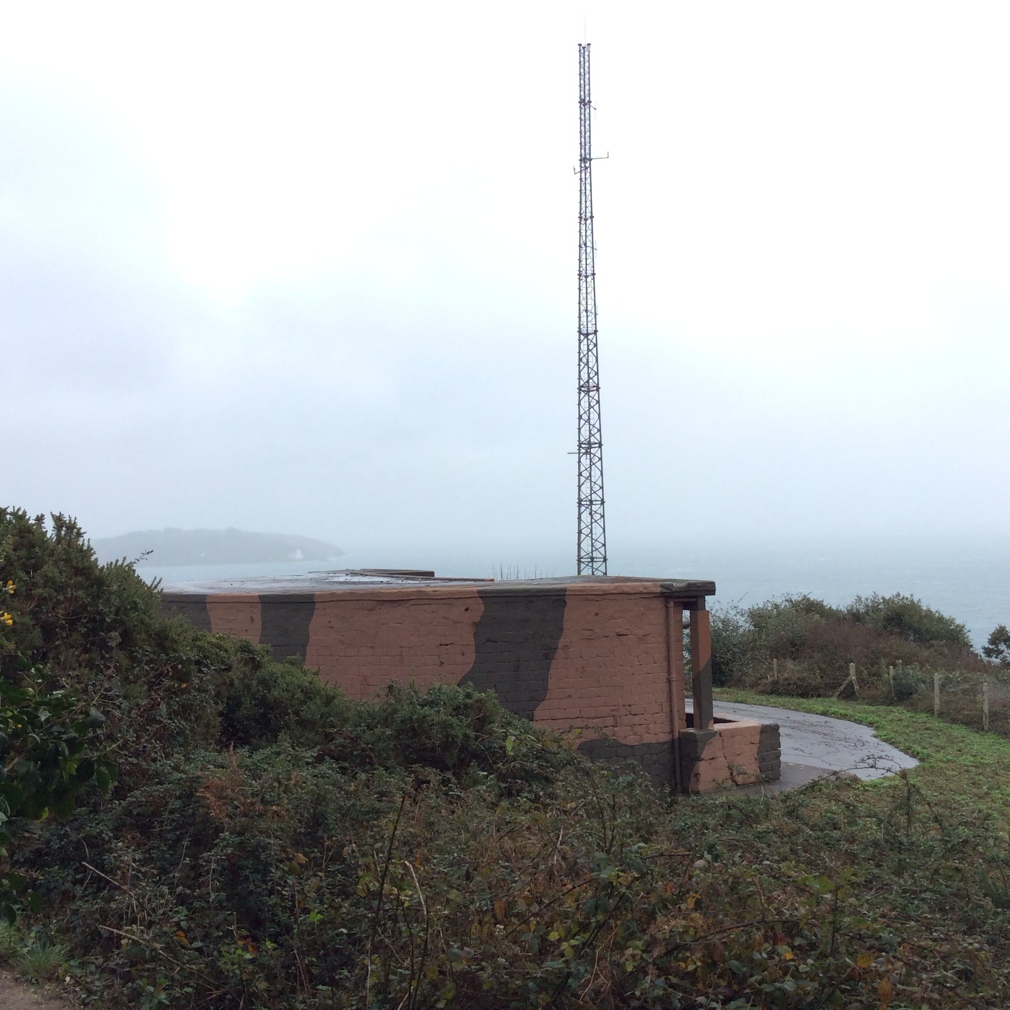 I’m not entirely sure what this is but it would appear to date from the Second World War and could quite possibly have bad something to do with the early radar defence network. If you venture a bit further you will discover it is actually quite a large complex, with good views out over the harbour: 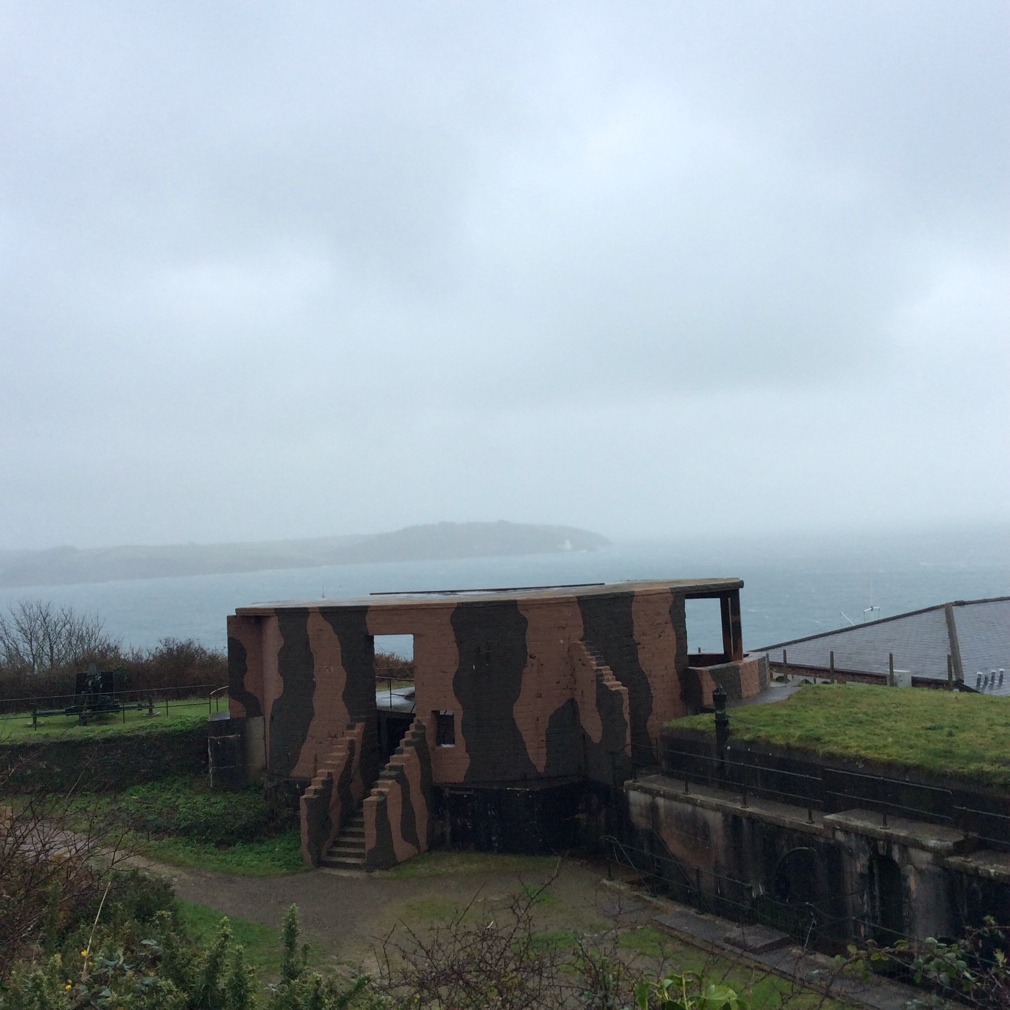 You can then follow a series of woodland and costal paths that take you back round the other side of the castle and ultimately deposit you back at the station (unfortunately by this point it was raining too heavily to take pictures).

So there you have it. Falmouth Docks: The unsung destination of the South West.

And, just in case you don’t want to get wet, remember that everything I’ve just described is neatly summarised on the mosaic in the station. See?: