As I was waiting at Penzance station last night I saw a quite large and quite slow-moving falling star. It was green in colour and carried a green mist behind it. At the time I thought nothing of it but, this morning, its chilling significance has become plain for all to see.

I don’t want to cause any of you undue alarm but, when you check the BBC News site this morning, you will see what I have just found out: Martians have invaded Woking. 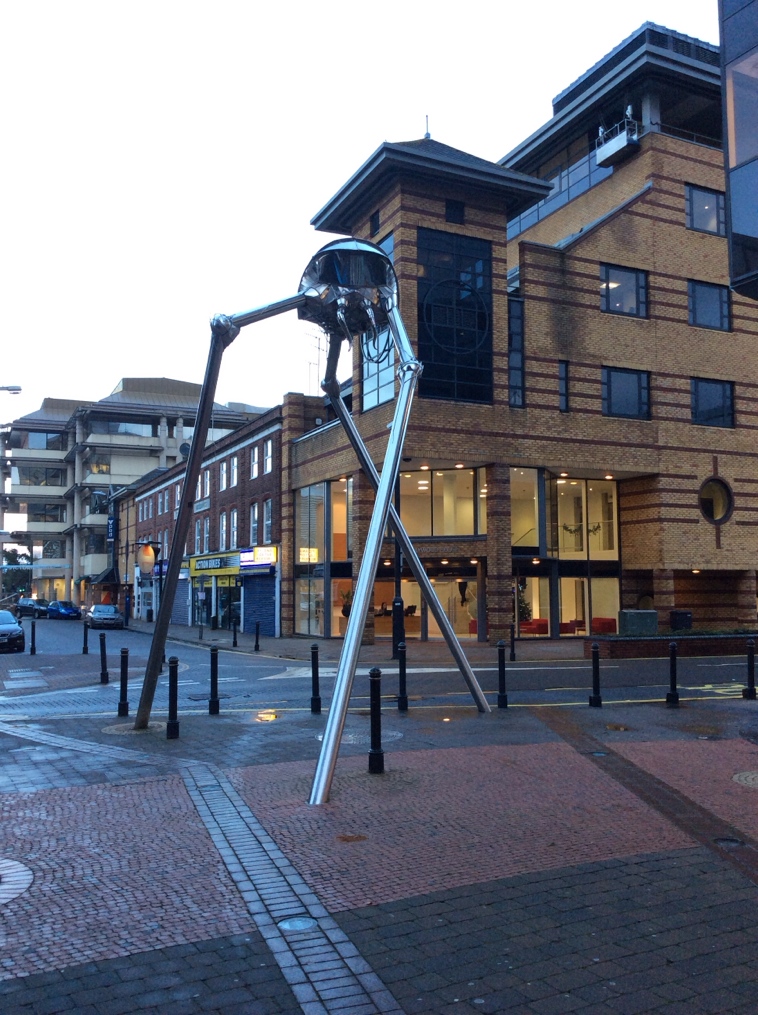 I was on my way to Horsell Common when I first caught sight of the tripod-like machine striding brazenly through Woking town centre. Panicking locals told me that it had emerged from a capsule that had crashed on the common last night and had been having a catastrophic effect on the local real-estate market every since. One man, his face ashen, told me that when he saw the invasion commencing he immediately phoned his mortgage advisor. The widespread destruction and proximity to the Martian’s heat-ray meant that his one-bedroomed apartment on the third floor of a building shared with two night-clubs and a Tesco was now only worth £860,000.
The Tripod figure headed straight for me and then, miraculously, passed over my head: 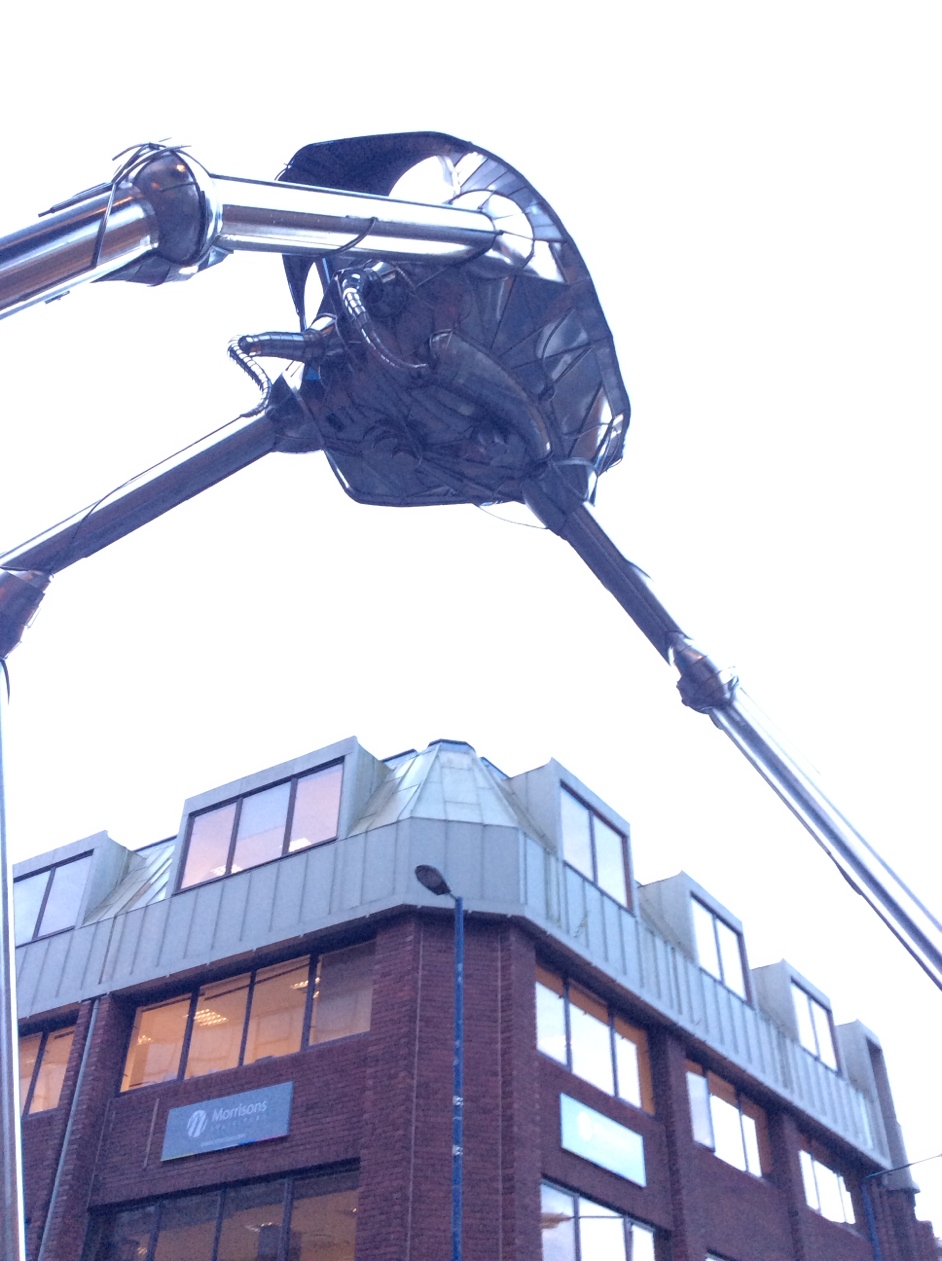 I hurried back to the station and, in my haste, collided with a man who’s arms were laden with papers. They went everywhere. Helping him to pick them up I enquired as to his name. He replied that he was Ogilvy, the astrologer. He said that he was heading for the coast as he alignment of Venus to the south of Jupiter in the northern sky meant that the Martians could expect ‘good fortune’ today and that the human race was in for some ‘unwelcome news’. I asked him if he really thought these creatures could have come from Mars. Surely the chances of that were at least a million-to-one? He said he didn’t deal in probabilities as astrology was a precise science. He also reminded me that astrology had nothing at all to do with space, or indeed science.
The crowds at the station told me that they’d seen another cylinder in the sky. They said it looked like it was heading for London. With this in mind (and the fact that you really don’t want to be heading into London Waterloo at 9am on a week day – Martian invasion or not) I headed south, for the coast.