One of the advantages of the ‘All Line Rover’ is that it can also be used to provide you with heavily discounted hotel accommodation – as long as that hotel is a train. This isn’t as dire a situation as it might sound as there are a number of ‘sleeper’ services that operate every evening in the UK. I’d had experience of one of these before, the service that runs overnight from London to Penzance, but the one I decided to try out last night was the ‘Caledonian Sleeper’, the train that travels from London Euston to your Scottish destination of choice. The ‘All Line Rover’ covers your seat on the train, you only have to pay a small supplement if you want an upgrade from a reclining seat to a cabin. I took the upgrade.

The train itself is actually three trains joined together. At some point in the night they separate and the front section ends up in Fort William, the middle in Aberdeen and the rear in Inverness. As you would imagine, ensuring you’re in the right section of the train is somewhat key, but luckily you’re booked by name into your cabin and are checked off a list when you board the train.

So what’s it like? The cabins themselves have been made to have as long a bed as possible – around 6ft. As a result the corridor that runs down the outside of the cabins is narrow-boat in its proportions: 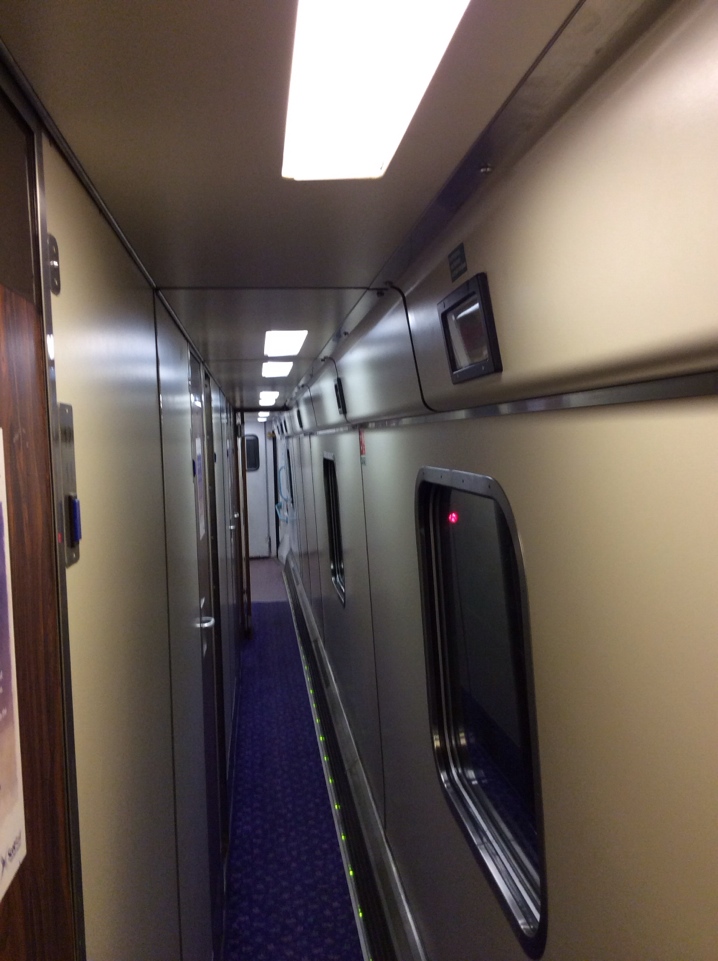 The cabin has two bunks and, if there are two of you, it would be quite a squeeze to move around when you both weren’t in bed. If you’re really daring you can share your confined cabin with another, random, member of the public. I decided against that this time and went for the standard cabin, with no bunk-mate:

In the cabin you have a small sink, mirror, private window-with-blind, and your own air-conditioning control (this is a big thing and is repeated several times in the information booklet). If you opt for First Class the cabin is essentially the same, but with no top bunk.
One of the residing memories of the previous time I’d been on a sleeper (apart from it being the first time I’d heard the Tom Lehrer song ‘Poisoning Pigeons in the Park’ – if you’ve never herd it, head for the internet) was that it was one of the worst nights sleep I’d ever had. Undaunted, I organised myself in the bunk, turned out the four cabin lights, adjusted my personal air-conditioning control (have I mentioned this already? It’s all the range…), and tried to get to sleep.

To say I slept well would be overstating it, but, after I got used to the movement of the train and the random jolts every time the rest of the train caught up with the locomotive, I didn’t sleep badly. I dreamt mainly about being on a sleeper train, which doesn’t say much for my imagination but I think you can understand why.
I’d requested my wake-up call / breakfast for 7:15 and it arrived dot-on time. Breakfast was served with the early-morning Scottish countryside zipping past my window: 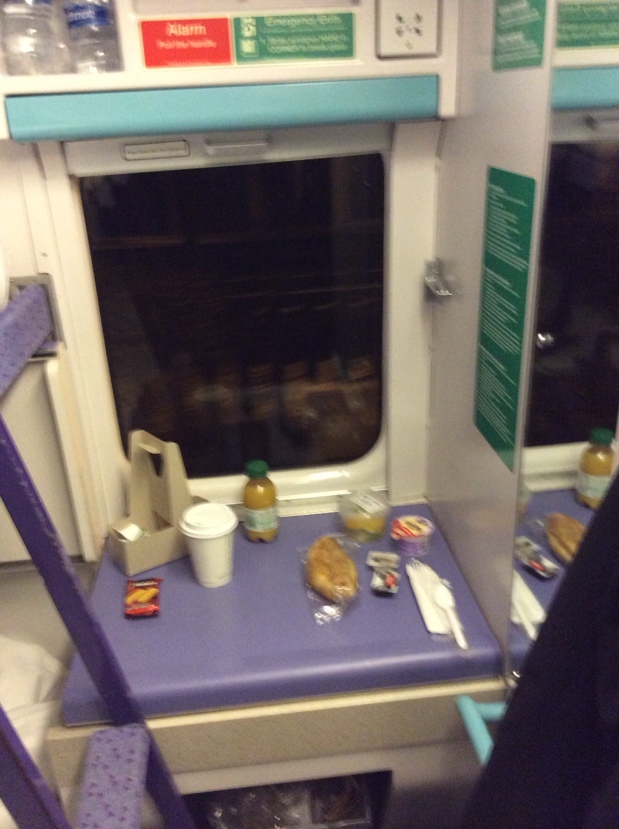 Having finished breakfast I packed my assorted things back together into the rucksack and left the sleeper train behind, over six-hundred miles away from where I had embarked it. The weather was cold, the wind strong and, for a southerner, there was a significant amount of snow on the ground.

There’s something awfully nostalgic, even romantic, about a sleeper train. It harks back to a simpler time, before budget flights and the Information Age, when it would be a thing of wonder that you could go to bed in London and wake up in Inverness. Sure, it isn’t the quickest, most-efficient way of getting from a to b, but where else can you be lulled to sleep by the gentle movements of a slightly-weary train, gliding through the dark, still, British countryside?
It’s certainly an experience I won’t soon forget.